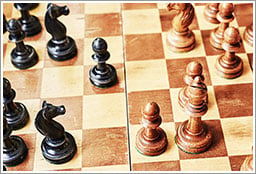 It has often been said that “the only thing that is constant is change” and certainly the recent political election results translate into more change. In that vein, we at R&R Insurance Services remain “constant” in our dedication to keeping our Benefits Practice clients informed of these changes…to be your knowledgebroker.

Of course, the biggest change we have seen in the world of benefits has been the Patient Protection and Affordable Care Act (aka ACA, aka Obamacare). One of the main platforms of President-Elect Trump has been to “repeal and replace Obamacare.” In this current post-election and pre-inaugural stage, there are many prognostications about what the future may be. So, what about “repeal and replace?” We would like to share some thoughts with you as best we can and at this point in time to address questions you may have:
We recently hosted a Benefits Client Monthly Compliance Webinar - “How Will the Election Impact Employee Benefits Regulations & a Look Forward to 2017.” If you weren’t able to attend, please note that all of our webinars are recorded and archived at https://www.myknowledgebroker.com/health-care-webinar-archives where they are available 24/7.

In addition, Terry Frett from R&R Insurance discussed the “re-tooling” of the Affordable Care Act on WISN 1130AM Radio shortly after the election.  In addition to ObamaCare Open Enrollment 2017, he shared his thoughts on what repeal could look like in the individual and employer group markets.

The changes ahead will involve more than the future of the ACA. We can reasonably expect to see regulatory changes from the Department of Labor, the Treasury Department and the Department of Health and Human Services. As we monitor and study these developments, we will keep you informed in a variety of ways –timely Legislative Briefs posted to your MyWave Connect© client portal, special client alert emails, monthly compliance webinars, account management communications and client consultation.

We look forward to continuing to serve you as your knowledgebroker. If you have any questions, please contact your R&R Benefits Consultant.