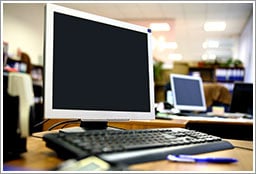 The 2015 WI Cyber Security Summit will be held on October 28, 2015 at the Marquette University Alumni Memorial Union, Monaghan Ballroom, 1442 W. Wisconsin Ave, Milwaukee. The conference begins at 7:30 am. Registration will be available shortly at www.homelandsecurity.wi.gov. The conference is hosted by the State of Wisconsin and will include Cyber disruption response strategies, addressing cyber threats, recruiting & training the cyber security professional and networking with cyber security leaders.

Data Breaches and the FTC

As if businesses didn't have enough to worry about, on August 24, 2015 the U.S. Court of Appeals ruled in a unanimous decision that the Federal Trade Commission has the authority to bring actions against companies for failure to adequately protect consumer information from data breaches. The decision involves the case of Federal Trade Commission v. Wyndham Worldwide Corp, et al. Wyndham suffered a data breach in 2008 and 2009 when hackers gained access to their property management systems and stole information of more than 610,000 consumers. The Court ruled that the authority of the FTC resides under a section of a 1914 federal law that prohibits "unfair trade practices." The FTC claimed that Wyndham's computers "unreasonably and unnecessarily" exposed consumer data from the risk of theft.

Tracking a Bluetooth Skimmer Gang in Mexico
This is a really interesting article that outlines how the author found at least 19 different ATMs that had been hacked from the inside and retrofitted with tiny, sophisticated devices that store and transmit stolen card data and PINs wirelessly at various resorts in Mexico.