Terrorism: Am I Covered? 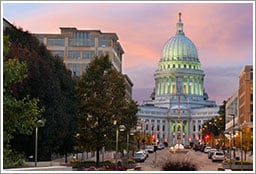 Terrorism is again at the forefront of nearly everyone’s minds.  It is no longer something happening "over there."

After 9/11/01, terrorist attacks and fatalities in the United States dropped to nearly zero from 2002 until 2009.  However, since 2009, the number of incidents and the number of fatalities has been rising, including the most recent and horrendous attacks in Orlando and San Bernardino.  It is clear that terrorism can occur anywhere and is not going away.

What Is My Business’ Risk from a Terrorist Act?

Statistically speaking, the average American is far more likely to die from other causes than from terrorism.  For example, the Centers for Disease Control reports the following:

However, these statistics do not make the threat of terrorism any less frightening. Clearly, some parts of the country have a greater exposure than other parts.  For sure, the recent events lead typical business owners to ask:

Does my insurance cover my business if something happens to me like what happened to Pulse in Orlando?

Unfortunately, that is not a simple “yes” or “no” answer.  It all depends on what line of coverage you’re talking about.  For example, Worker's Compensation does not exclude terrorism.  For all other lines of commercial coverage, the answer is a little trickier.  It involves something called TRIA.

The 9/11 attacks resulted in insured losses of $23 billion.  As a result, the Terrorism Risk Insurance Act (TRIA) was enacted by the U.S. Government.  It acts as a re-insurance to the insurance industry to cover insured losses from terrorism.  In exchange for this backing, the law requires insurers to allow businesses the option of buying terrorism coverage.

TRIA defines an act of terrorism as an act committed in the United States by individual(s) to coerce the civilian population of the U.S. or influence the policy or conduct of the U.S. by coercion.  There is currently no distinction between foreign or domestic terrorism.

The act also specifies that an incident must reach $5 million before it can be certified as an act of terrorism.  The U.S. Secretary of the Treasury, in concurrence with the U.S. Attorney General, makes that determination.  Then there is a complicated set of conditions and thresholds that must be met before the U.S. Government re-insures a particular incident.  Since TRIA was signed into law by George W. Bush in 2002, no incident has been designated as an “act of terrorism”.

What happens if I Accept or Reject Terrorism Coverage?

If you reject the offer to add terrorism coverage for your standard policy, and an event is certified as “an act of terrorism”, then you will NOT have a covered loss.

If you buy the add terrorism coverage, and there is a certified “act of terrorism”, then you will have a covered loss.

What happens if an incident occurs that is not certified as “an act of terrorism”?

The Boston Marathon Bombing was not certified, but several businesses were obviously affected.  In this situation, a typical property casualty policy should cover acts of malicious mischief, vandalism, fire, and explosion.

Business interruption and extra expense coverages would also apply if purchased.  One coverage to consider is for business income or extra expense for “dependent properties”.  These are other business that your business relies on for your continued operations.  What if they are the victims of an attack and are shut down?

If your employees travel frequently, do you have travel policies that cover terrorist acts?

Some insurance carriers are offering stand-alone terrorism policies.  These are typically property policies that respond only to acts of terrorism, no matter if they have been certified by TRIA.

Every situation will raise insurance coverage questions, and all the facts must be investigated to determine how coverage applies.

The most important task you can do is to consult with your agent and review all of your exposures and policies to determine what makes sense for your business.