What to Ask When Looking to Insure Your Drone

In the marketplace, drones are on the rise as a commercially used technology. When looking to insure them, there are questions that need to be answered when discussing coverage options. 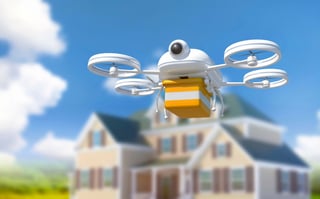 These questions are based on an article found in Best’s Review, April 2016, article, Flight Risk, by Angela Adams.

For further information about drones and their rules and regulations, hazards, and coverage under commercial insurance, check out this article from the R&R blog.

The Rise of Drones in the Commerical Marketplace 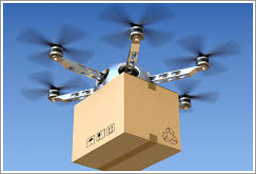 "With spending on unmanned aerial vehicles (drones) projected to top $89 billion in the next ten years and an estimated 7,500 active drones to be in use for commercial purposes by 2018", this technology will present significant economic growth opportunities along with many uncharted challenges. As corporations such as Amazon and Disney jockey for the use of drones in the commercial marketplace, this is a pervasive topic in pop culture and consumers are gaining an increased understanding drones’ of their risks and rewards.

So, what is a drone, exactly? According to the Federal Aviation Administration (FAA), a drone is “a device used or intended to be used for flight in the air that has no onboard pilot” and includes associated on-the-ground equipment. These unmanned aircraft are typically controlled remotely by an individual on the ground or self-navigate using pre-programmed flight plans. Increasingly, many drones operate via camera which enables them to fly without remote control or GPS data altogether.

The United States government is notorious for its slow and tedious reaction to defining or loosening controls on private sector regulations. The case for drones in commercial use is no different. “In 2012, US Congress passed legislation that directed the FAA to develop a plan for integrating unmanned aircraft systems into U.S. Airspace by September 30th, 2015. According to a federal audit, however, it is unlikely this deadline will be reached.

In the meantime, the legality of modern drone use hinges on antiquated guidelines published by the FAA in 1981, originally intended for hobbyist model aircraft. The 1981 report dictates that unmanned aircraft be operated no higher than 400 feet above ground, away from populated areas, and no closer to an airport than three miles.

With the 1981 guidelines so blatantly open to interpretation, the FAA further defined their position on the issue in February 2014, stating “[y]ou may not fly a UAS for commercial purposes by claiming that you’re operating according to the Model Aircraft guidelines…Commercial operations are only authorized on a case-by-case basis. A commercial flight requires a certified aircraft, a licensed pilot and operating approval.” To date, the FAA has approved commercial drone use for only a small a handful of corporations.

One significant benefit insurance industry professionals and consumers could see from the use of drones is in the inspection of premises after a loss. Using a drone to collect visual data rather than a claims adjuster could help decrease wait times for claim assessment, increase accuracy of loss analysis, and expedite the pay-out of said losses. Recently, the United Services Automobile Association (USAA) filed for permission to use drone aircraft to assess damage at disaster sites. Undoubtedly, many insurance carriers will follow suit as the FAA advances the regulatory process.

At present, the highest use of (illegal) commercial drones is occurring among farmers, who are employing this technology to survey crops and aid in crop spraying/dusting. As efficient as this method might be, using drones to apply fertilizers and pesticides to crops could potentially result in cross contamination of an adjacent farmer’s crops or pollution of a waterway. A claim resulting from a loss occurring under these circumstances would not be covered under most all current liability or pollution policies.

Coverage for Drones Under Commercial Insurance

Because the commercial general liability, property, and inland marine all have explicit aircraft exclusions for bodily injury or property damage losses arising out of the ownership, maintenance, or use of aircraft, currently no carriers partnering with R&R Insurance offer adequate coverage for drones . However, this is expected to change when the U.S. Government more clearly defines their use in the private sector. As we become more familiar with the legal standing of drones, insurance carriers and brokers will adapt to placing this risk.

In the future, some areas of coverage may include:

As technology continually evolves and the landscape of industry changes, R&R Insurance is uniquely positioned to navigate these shifts. The strong bonds our agency has built with various carriers in the industry allow us to be at the forefront of offering our insureds this coverage as it rolls out. If you have specific questions or concerns regarding drones and commercial insurance coverage, please contact one of our knowledgeable licensed agents!