Is Your Company At Risk Of An IRS Penalty?

Did you know that $4.5 billion in Affordable Care Act (ACA) employer mandate penalties were assessed by the IRS for the first assessment year alone (2015)? It is expected that by 2026, over $228 billion in penalties will have been assessed. This summer, the IRS began sending Letters 226-J for proposed 2017 ACA employer mandate penalties. Additionally, the IRS is increasing efforts to identify potential non-filers via Letter 5699.

One in every six large employers is currently at risk for compliance action by the IRS regarding the ACA penalties.

This is a reality and the fines can be significant!  R&R Insurance provides evaluations and reconciliations for clients.  However this is a constantly evolving process.  In fact, we helped one client avoid a $118,213.26 penalty with our proven process.  Read more here.

For more information regarding Letter 226-J, you can refer to our previous blog here.

For more information regarding Letter 5699, you can refer to our previous blog here.

[Note: The ACA requires applicable large employers (ALEs) to offer affordable, minimum value health coverage to their fulltime employees or pay a penalty. This employer mandate provision is also known as the “employer shared responsibility” or “pay or play” rules. An ALE is only liable for a pay or play penalty if one or more of its full-time employees receive a subsidy for coverage through the Marketplace/Exchange.]

ACA Affordability Percentages Will Increase for 2019 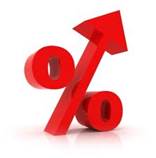 The IRS recently issued a Revenue Procedure to index the medical insurance premium contribution percentages used to determine the affordability of an employer’s plan under the Affordable Care Act (ACA). These updated affordability percentages are effective for taxable years and plan years beginning Jan. 1, 2019. For plan years beginning in 2019, employer-sponsored coverage will be considered affordable if the employee’s required contribution for self-only coverage does not exceed 9.86 percent of the employee’s household income for the tax year. This is for purposes of both the “play or pay” rules and premium tax credit eligibility.

This represents a significant increase from the affordability contribution percentage for 2018. The 2018 affordability percentage for the “play or pay” rules and premium tax credit eligibility was 9.56 percent. As a result, some employers may have additional flexibility with respect to their employee contributions for 2019 to meet the adjusted percentage. For more guidance on this and other compliance topics, contact a KnowledgeBroker.

Last Saturday, the U.S. Senate passed their version of a tax reform bill, the Tax Cuts & Jobs Act. The bill is not yet finalized. While the Senate and the House have passed similar tax reform plans, negotiators from both chambers need to develop agreement on a single piece of legislation that both chambers must approve before it is sent to the President for his signature.

One component of the Senate Bill that is not in the House Bill is regarding the Individual Shared Responsibility Payment (aka “Individual Mandate”) provision of the Affordable Care Act (ACA). If the Senate Bill provision makes its way into the final version of a tax reform bill, the Individual Mandate Tax would be set to zero dollars. However, all other ACA-related taxes would remain intact including the “Employer Mandate” (discussed here later).

While any other legislative actions to repeal/replace/repair the ACA remain to be seen, the Trump Administration has been busy focusing on what it can do via the rule-making agencies, namely, the Treasury (IRS), the Department of Labor (DOL) and the Department of Health and Human Services (HHS). Following is a summary of key updates, changes, and proposed changes:

DEVELOPING
The disruption and turbulence in the employee benefits market will continue. For now, the Affordable Care Act remains the “law of the land” and requires much in the way of compliance for which we have the knowledge, resources and experience in helping our clients. R&R continues to monitor discussions at the federal and state levels with respect to legislative changes that will impact employee benefits. As always, do not hesitate to contact your R&R Benefits Consultant with any questions or concerns.