To illustrate the benefits of rebalancing an insurance program to strengthen wealth protection and better manage expenses, the following example presents a before-and-after comparison for one of our newest valued clients. 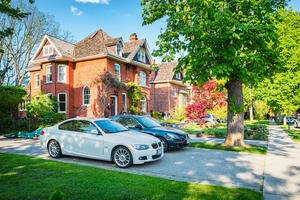 Jason and Susan are a successful couple in their early 40’s, with two young children.  They have two autos and a new home in Colgate, WI.  They said they had a good relationship with their previous agent, however during a discussion with their wealth manager realized that they hadn’t had a coverage review in quite some time.  During our initial 30 minute meeting at Jason’s office, we discovered some major coverage deficiencies:  unfortunately a vehicle that had been traded in a few months ago and replaced with a newer vehicle was not accurately updated on their auto policy, leaving the vehicle uninsured.  While that issue was quickly remedied, we also significantly reduced their risk exposure while decreasing their total premium 20% by rebalancing their program as follows:

*Client names have been changed to maintain anonymity.